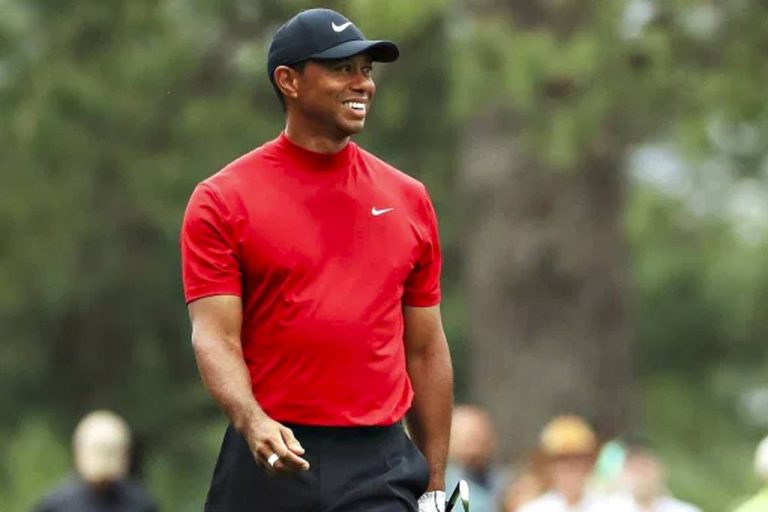 Born on December 30th, 1975 in Cypress California in the US, Tiger Woods has risen to become one of the most popular and greatest golfers of all times. His achievements on the golf course are largely associated with the equipment he uses. Currently, Tiger Woods holds numerous golf accolades and has already been elected to the Hall of Fame.

From the True Temper Dynamic Gold Tour Issue X100 to Mitsubishi Diamana D White shafts, Tiger has used all sorts of tools. In his recent endeavors, the Taylormade Sim Driver with the Newport 2 Grip has been on his side. Tiger was rated the top golfer globally from 1999 September to 2004. He rose to the top spot again from June 2005 to October 2010 and held 545 weeks as the top-ranking golfer.

Tiger Woods WITB has been a big reason for his success over the years. Keep on reading to see the equipment that has made Tiger the greatest of all time.

Tiger Woods is one of the most loyal golfers. If he likes a product, he will stick with it for a long time. For instance, he’s retained the Scotty Cameron Newport Putter for ages. Nonetheless, his golf bag has been evolving. So, WITB for Tiger in 2021?

Clubs and balls in the bag for Tiger in 2021 include:

Most of the products including the Bridgestone Tour B XS and the Issue S400 Putter Scotty Cameron have been in his bag from 2020. Tiger has been building his bag for a long time. Nonetheless, he also loves sticking to items that work well for him. Additionally, he introduces new items based on endorsement deals too. 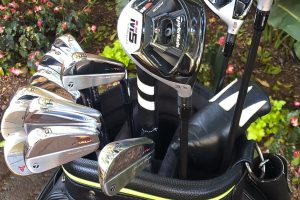 Who is Tiger Wood’s Current Sponsor?

Tiger was seen as a winner and a hero for many years. His success attracted many sponsors prior to his sex scandal in 2009. Although some sponsors pulled out, they have been returning gradually. In 2020, he enjoyed endorsements from eight companies.

Among these companies, Bridgestone and Taylormade supply golf products, and Nike supply the apparel to the golfer. Monster Energy Drinks mainly deals with energy drinks for athletes whilst Rolex deals in luxury watches. Discovery Communications is a mass media company that airs most golf tournaments, and Hero Motocorp is an Indian Motorcycle manufacturer.

Ranging from clubs, shafts, balls, and woods, Tiger’s WITB for 2020 has not changed much coming to 2021. For instance, he has maintained the TaylorMade Driver and Fairway woods for 2021. He also stays loyal to his putter, which he has been using for the past decade.

Below are some of the items in Tigers bag in 2020:

The TaylorMade Sim Driver 9 degrees was the main diver in Tiger’s bag in 2020. This driver is hailed for its grip and spin as well as the fact that it is lightweight. His favourite, the TaylorMade M5 driver was used with the 60 degrees shaft Mitsubishi Diamana D White. Much like the irons and 3 wood drivers, this club has been with Tiger for quite a while.

The SIM Driver is Tiger’s best TailorMade driver. He has several Taylormade drivers in his bag though and changes his options based on the situation and the game at hand. He stuck to the 9 degrees in 2020, and he intends to use the same club for 2021 when he gets a chance to play.

The 2020 model was a bit light-weight compared to the other 3 wood golf clubs. Just like the SIM, it comes with quality grips. Golf Pride Grips are used with the shafts True Temper Dynamic in place.

For the Irons, the TaylorMade P7TW has been Tiger’s favourites for some time. In 2020, he used the P7TW iron with 3-PW during the ZOZO Golf Tour.

These irons work well with these three models:

Tiger recognizes the diversity in irons in the market. For this reason, his bag usually has several irons, with divers shafts. Although he used the P7TW in 2020, he had other options for different challenges.

While Tiger has used Tour Issue X100 Wedges, he chose to go with the Taylormade Milled Grind-2 60 degrees for the year 2020. He has previously used the TaylorMade M3, but he preferred working with the M2 at the ZOZO Championship. He has used other wedges a bit; likewise, he loves the M3.

Unlike the 3 wood which Tiger has changed several times, his putter has reminded the same for the past decade. His 20-year-old putter Scotty Cameron GSS is still his choice with Ping PP58. Like Shafts True Temper Dynamic Gold Tour Issue, Ping PP58 works well with the putter.

Thanks to the endorsement deal, Tiger has been using Nike gloves, shoes, and sometimes balls. In 2020, he switched to the Bridgestone ball. The ball responds well to the 3 wood touch with limited bounce. With the ball, he has managed to chip in severally with 3 wood according to GolfWRX. His favourite is the Tour B XS ball.

What is Tiger’s Favourite TaylorMade Driver?

Tiger has been using TaylorMade clubs for quite a long time. From Taylormade Fairway Wood to the high spin wedges, his bag has always housed a TaylorMade item. His favorite is the TaylorMade Sim 9 degrees. The SIM 9 club is loved for its weight, grip, and spin details.

A look at Tiger’s email address will reveal his love for the TaylorMade driver and wood. The fact that he’s been using a favourite does not eliminate the possibility of Tiger using other options. His bag is loaded with diverse drivers that are used occasionally. In all categories, he carries alternatives for specific situations and purposes. 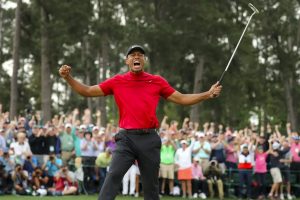 Who is Scotty Cameron?

It is impossible to talk about golf without mentioning this golfing legend. Cameron is an American sports brand, known for the manufacturing of clubs and balls. They are famous for manufacturing putters known to drive the ball with perfection.

Tiger Woods has been using his current Scotty Putter for the past two decades. He told GolfWRX that he loves its look and that the club can drive the ball better than any other model. The brand was established by Don T. Scotty, a golfer, and manufacturer of clubs.

What Grips Are on the Scotty Cameron Newport 2?

A quick glance at the Newport 2 may not reveal all the information about it in detail. Although it looks like the Newport, it’s important to note that this model is different in terms of weight, and a bit different on the grips. It uses the Golf Pride Tour Velvet Cord Grips. Golf Pride Tour works excellent for the Scotty Cameron Newport 2 and also with the Gold Tour Issue S400 Putter.

Whilst the grips on this club are a bit steady and firm than the previous ones, they do not make a major difference. The Scotty has always been a good club and will remain Tiger’s favourite for a long time. Much like the 3 wood, this putter enjoys shaft diversity.

Below are links to the Senior Pros in our WITB Series with exactly what they have in their bags:

Be sure to check them out!

Will Tiger Woods Play Again on the PGA Tour?

In the 2021 season, Tiger has only played in three events. His participation in the US Open in September 2020, the ZOZO Championship in October, and the Masters in September – were his last actions. Tiger has suffered various injuries, following his 2009 car accident.

The likeliness of Tiger showing up for any major tournament has become even slimmer, following a recent accident near the Rolling Hills Estate in California. The 45-year-old was involved in an early morning car crash on Feb 23 but has since been treated and released from the hospital. The accident compounded with his earlier injuries may have long-lasting effects on his career and the 2021 season. But the future is bright as Tiger Woods son, Charlie Axel Woods is showing what he’s made of with some epic displays of talent which you can read all about by clicking here!